Time to honor an Actor who has always put it all out there! 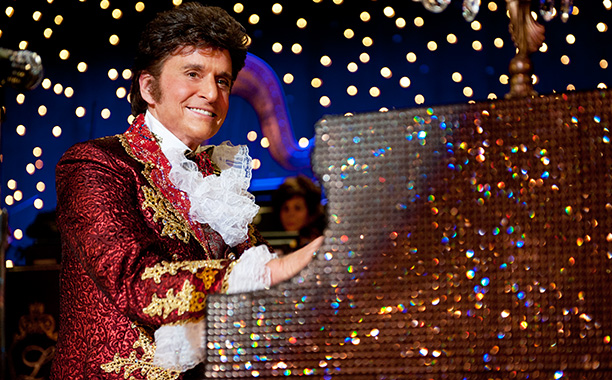 Congratulations to Michael Douglas, the winner of the Golden Globe for Best Actor…for his amazing portrayal of Liberace in “Behind The Candelabra!” 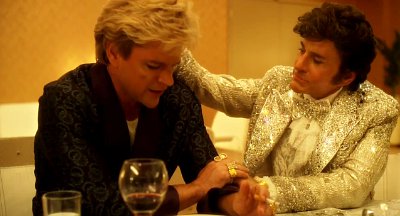 Michael Douglas has always been an Actor willing to take risks – and never afraid to look like a fool! Need proof? 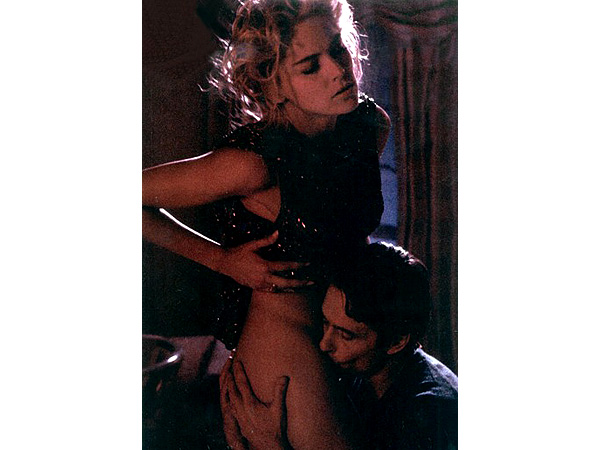 Sure, it looks like Douglas is having fun, but acting is tough work…I mean, you have to act with SO many people, and you are expected to do SO MANY THINGS:

And if you don’t watch out, you could end up making love to Sharon Stone, Glenn Close AND Demi Moore….like I said, acting is sure TOUGH WORK…

Well, if you are getting it on with these three, then you aren’t just ANY Actor: You are “Mr. Penis”, Michael Douglas! I mean, is there another Actor who let it all hang out for the good of Hollywood?

Time to celebrate Michael Douglas, a great Actor who, in several great films, willingly put himself out there for all to see! They are three great sexploitation classics, all made by major studios…but they are, indeed, “sexploitation” based on what is on display!

Let’s begin with the entry that was oscar-nominated for Best Picture of 1987!

Happily married New York lawyer Dan Callagher has an affair with his colleague Alex, and the two enjoy a wild weekend of sex while Dan’s wife and kid are out of town.

Of course, Michael Douglas sees it as just a bit of fun, and boy do we see them having some fun fun fun! Good old Michael shows a lot of flesh – as does Glenn Close, as they do it every way they can all over her apartment building…

But an increasingly unhinged Alex will not let go of him, and she will stop at nothing to have him for herself. You know the rest – after a bit more sex, things get bloody… 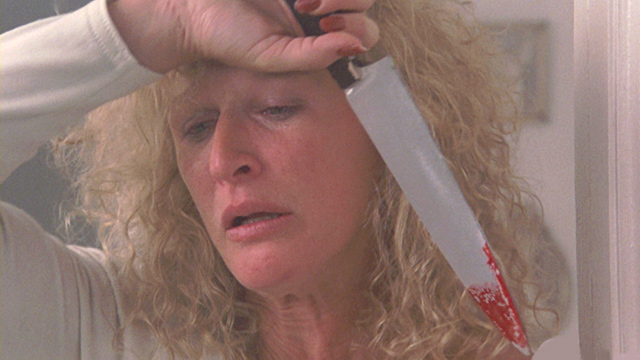 Dan Gallagher: [to Alex] This has got to stop.
Alex Forrest: [to Dan] This is not gonna stop. It keeps going on and on. 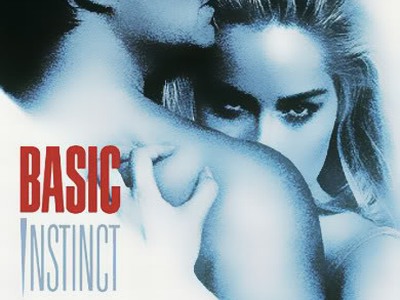 Without a doubt the most controversial movie of 1992, and one of the most notorious Hollywood films of the last 30 years – you know, because of THIS scene:

AND THE LEGEND GROWS!

According to Sharon Stone, director Paul Verhoeven asked her to remove her underwear for the leg-crossing scene, as he said they were too bright and reflected at the camera. Stone agreed to do so under the assumption that her genitals weren’t visible. It was only at an early preview that Stone discovered Verhoeven chose to use this specific shot. Stone was mainly cross with Verhoeven for not discussing the matter with her beforehand, but decided to let the scene go without changes, as she felt this conformed with her movie character.

However, Verhoeven’s version of the conflict is that he told Stone beforehand about the leg-crossing shot, as it was important for showing Catherine Tramell’s free-spirited nature and her constant drive to toy with people. Stone was reportedly excited about the idea and shot the scene. However, during the early preview, her agents supposedly disproved of the scene, fearing it would harm her future career. According to Verhoeven, Stone radically changed her mind about the shot and demanded that he remove it, which he ultimately refused.

It remains one of Hollywood’s most memorable scenes. And “Basic Instinct” was one of the most controversial films as well. A former rock star, Johnny Boz, is brutally killed during sex, and the case is assigned to detective Nick Curran of the SFPD. Michael Douglas is perfect as the cop with a secret past who is also sex-obsessed…and of course, Douglas bares it all over and over again…

So choreographed were the sex scenes that Sharon Stone referred to herself and Michael Douglas as “the horizontal Fred Astaire and Ginger Rogers of the ’90s”!

There is non-stop sex and violence in this film, and it is to the credit of all involved that they performed ALL of it!

There aren’t that many Actors willing to put it all out there the way Douglas did. Whether you like, love or LOATHE “Basic Instinct”, it was another example of Michael Douglas putting it all out there and not being afraid to look like a fool…

Michael Douglas willingly steps forward to portray a software tech who is seduced by a former co-worker…but now, she has more devious ideas behind her sexual advances…

As always, Michael Douglas is willing to be a food led along by a woman suing her sexual charms…that’s a common denominator in all three films: the women are the proactive, confident sexual creatures, and Michael Douglas is a fool who gets what he has coming for being a stupid guy!