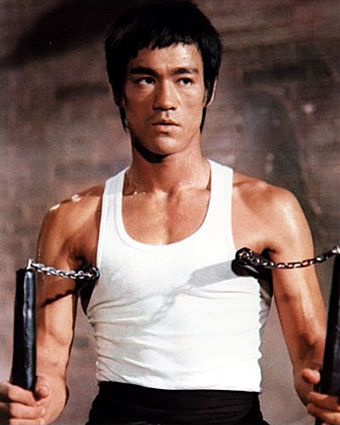 November 27th would have been Bruce Lee’s 78th birthday – he was, without question, the greatest action movie star of all time….and here is the proof!

Yes, he battles Kareem Abdul-Jabbar – and he took on “tough guy” Check Norris as well – in fact, he was the greatest on-screen fighter we’ve ever seen…

However, his physical prowess wasn’t just proven on the movie screen – you see, Lee was just as amazing as you saw in the movies in real life as well! 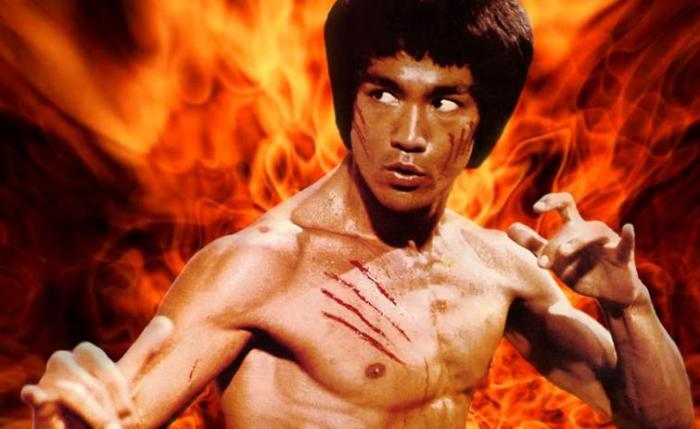 Here is another example of just how amazing an athlete Bruce Lee was. Early in his career, to promote a cell phone from Nokia, Bruce Lee was sponsored by Nokia in a Ping Pong tournament. But as a twist: Take a look and let me know what you think!

Check out this amazing video!

Now, according to most online posts, this is apparently a fake – but if so, bravo to the folks who took the time to make it so real, and you know what? It’s the kind of thing that Lee would – and could – do!

Bruce Lee died tragically in the early 70’s, just as he was achieving super stardom. He has become an iconic figure – and apparently the hippest DJ of all time as well!

Here are some pictures of Robert Downey Jr, when he was promoting an “Avengers” film…you can see who his inspiration was… 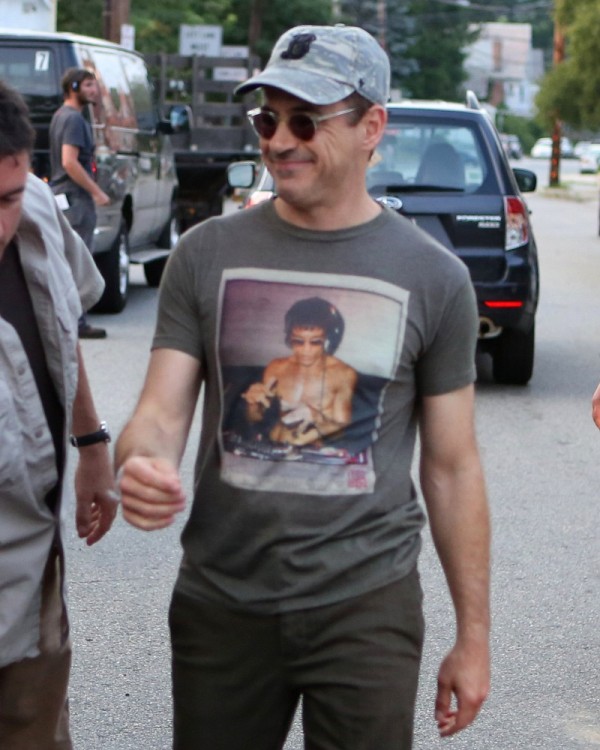 Kudos to Robert Downey Jr. for his good taste, and let me take a moment to remind you of just why Bruce Lee was so cool …

“Remember: the enemy has only images and illusions behind which he hides his true motives. Destroy the image and you will break the enemy.”

This philosophy may be from the classic action film “Enter The Dragon”, but it speaks to the life of Bruce Lee, one of the most iconic figures of all time.

Bruce Lee was the founder of Jeet Kune Do, and is widely considered to be the most influential martial artist of all time.

Lee was born in San Francisco to parents from Hong Kong – and was raised in Kowloon, just outside of Hong Kong, with his family until his late teens. Lee moved to the United States at the age of 18 to receive his higher education, and it was during this time that he began teaching martial arts. He trained many celebrities, including James Coburn, and it helped him break into films with this mesmerizing scene from “Marlowe.” 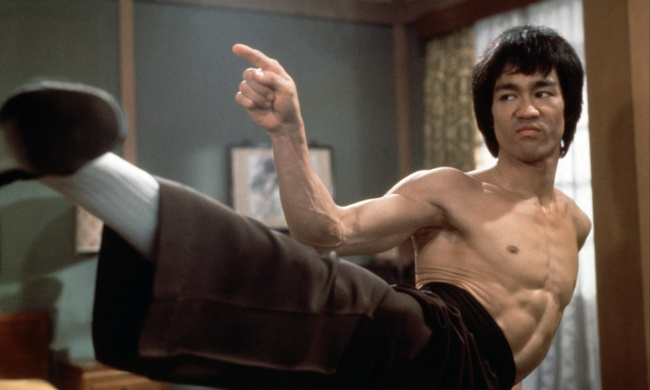 What a movie entrance! Bruce Lee also starred in the TV series “The Green Hornet” as Kato, and then went back to Hong Kong to star in an action movie that would propel him to stardom. “The Big Boss” elevated the traditional Hong Kong martial arts film to a new level of popularity and acclaim, leading to his masterpiece… 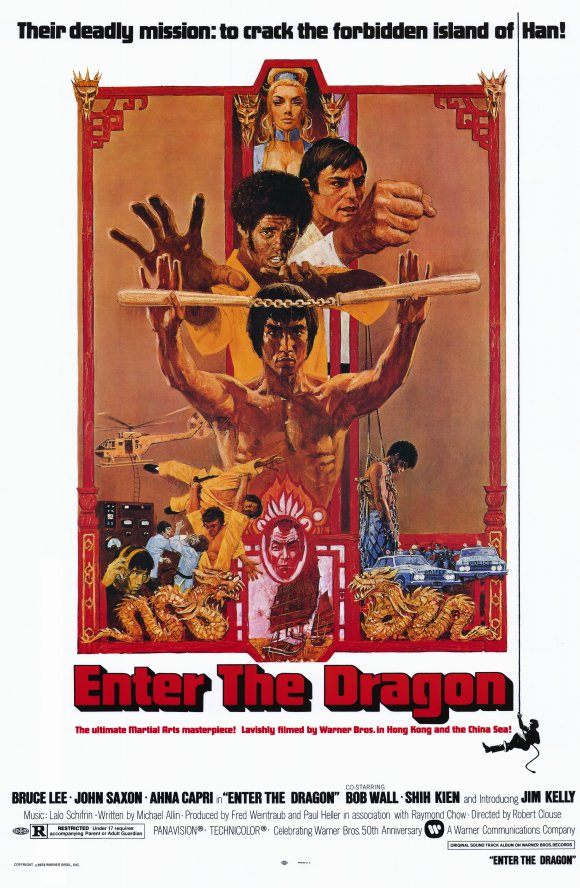 “Enter The Dragon” is the greatest martial arts movie ever made – and it made Lee a superstar. Lee starred in five movies: The Big Boss (1971), Fist of Fury (1972) and Way of the Dragon (1972), directed and written by Lee – this is the film in which he fights Chuck Norris in the Rome Coliseum!

Here’s the trailer for the film that made Bruce Lee a super star:

In “Enter the Dragon”, Bruce played an undercover agent who enters a martial arts tournament in order to infiltrate a drug smuggler’s operation. Character Actor and martial arts afficianado John Saxon also starred and showed off his moves, along with the very under-rated action star Jim Kelly.

And then came tragedy. Bruce Lee died in Hong Kong three weeks before the film’s premiere in 1973. He had already finished filming his next movie, called “Game Of Death” before he died of a brain aneurism. The movie, which was completed after his death, includes footage from Lee’s real-life funeral.

Bruce Lee was an amazing Athlete, talented Actor and Director, and an iconic figure…and he worked with great Athletes and Actors as well… 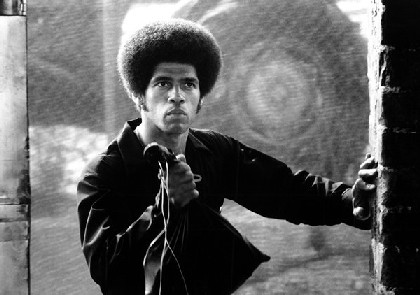 And as I mentioned before, Jim Kelly co-starred with Bruce Lee in “Enter The Dragon” – he was a great star in the world of 70’s blaxploitation action film – here is a look at his great career:

You can read all about this terrific actor here:

So it’s time to get the special edition blu-ray of “Enter The Dragon” – and go out and get some DJ Bruce Lee too!