When Do You Know A Movie Is A Holiday Classic? Hint: When It Comes With THIS:

Enough with a holiday season filled with potential Oscar winners: time to have fun with the “other” classic films! That’s right: imagine a movie SO SHOCKING, SO UNSETTLING, that the film makers offered up a vomit bag for your own protection! Well, the movie did offer this scene:

This 1970 film was notorious for scenes of torture – and much was made of the film’s most disgusting elements – if you aren’t familiar with this film, you have missed out on a “euro-sleaze” classic! 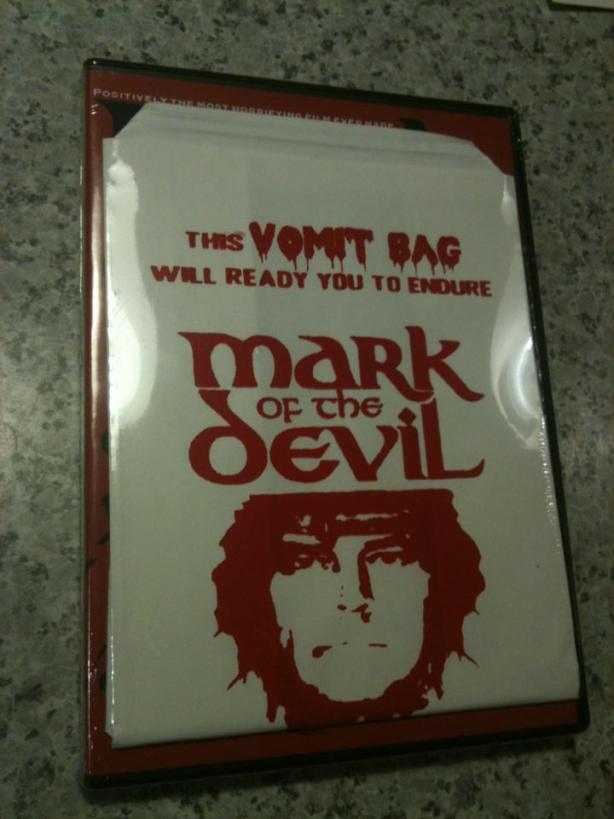 “Mark Of The Devil” advertised itself as the first film “rated V for violence!” There was no such thing, but a great tag line, huh? In reality, the film was a standard horror movie from Germany, looking back at the witch trials that terrorized Europe. There was plenty of blood and torture – which was the main aspect of the film’s promotion…

“Mark Of The Devil” was just one of many movies that used this form of promotion – for example, “When The Screaming Stops” also came with a vomit bag – but remember, “DO NO RE-USE!”! 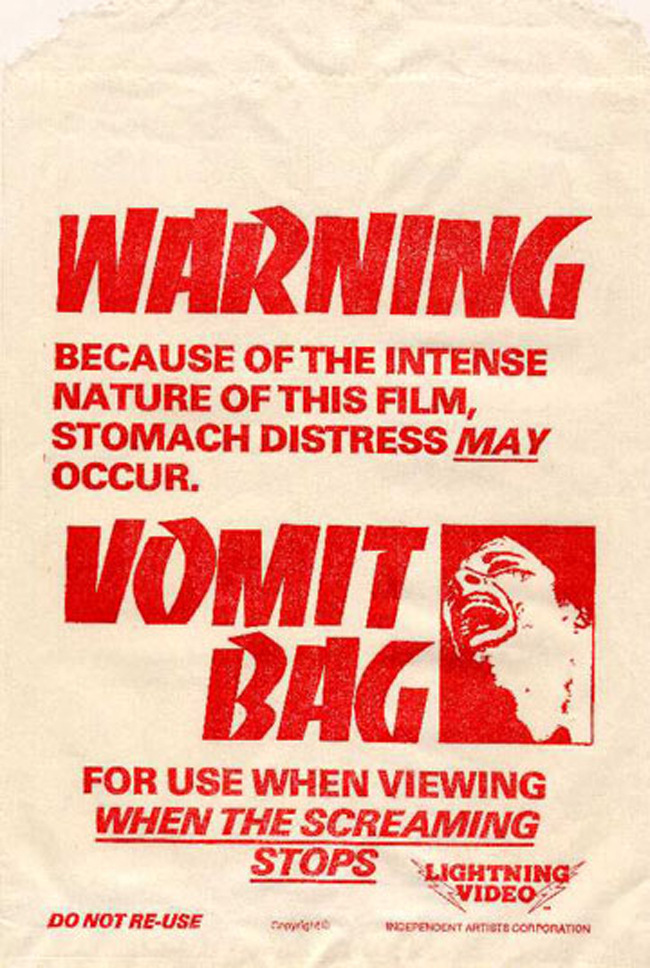 This was a funny gimmick to drive awareness for a film, and it worked! The early exploitation classic “Blood Feast” was the first in a long line of exploitation movies that promised far more than moviegoers had ever seen before, and it was also the first to offer a vomit bag:

When the films were advertised in newspapers – and even in the trailer – much was made of the unprecedented violence in the films, so much blood that the audience needed to be warned! And the hits kept on coming – even movies with virtually NO gore at all, like “Tomb Of The Blind Dead”!

And what about this film – I’ve never heard of it, but the vomit bag was MANDATORY!

Oh, based on the bag the movie was banned in 47 countries! Well, that explains why I missed it…

And for the film “Bad Taste”, they didn’t offer vomits bags, they just called it the way they saw it, and gave out “throw up” bags!

And how about this, a claim check that will allow you to come back for another screening if the film make you pass out!

These are all hilarious movie gimmicks, and they worked too, because “Mark Of The Devil” was a big grindhouse hit…let me know if you saw it, and if you needed the bag!

Hurray To The King Of “Scum!”

Much credit for these shenanigans must go to legendary exploitation Producer David F. Friedman, known for his crazy gimmicks to drive audiences wild!

Friedman had an angle for everything: he was the Producer of a multitude of great sexploitaiton classics of the 60’s and 70’s, like this gem:

To read how Friedman managed to lure audiences into films like “Scum Of The Earth”, click on the whole story right here:

And then read all about his career by getting his hilariously revealing autobiography as well – and kudos to the genius behind “A Smell Of Honey, A Swallow Of brine!” 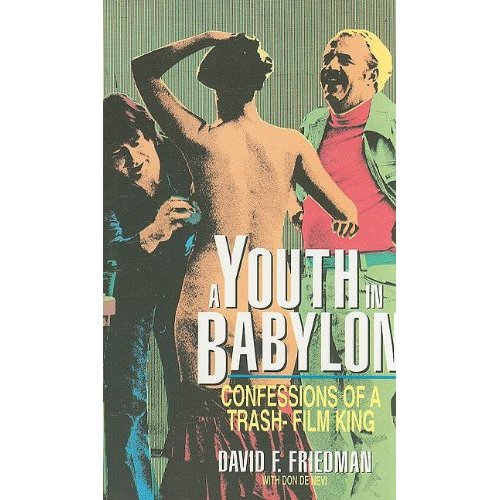 And let’s not forget who is keeping the spirit of independent cinema alive – with their latest movie in theaters and soon to be unleashed on blu-ray! 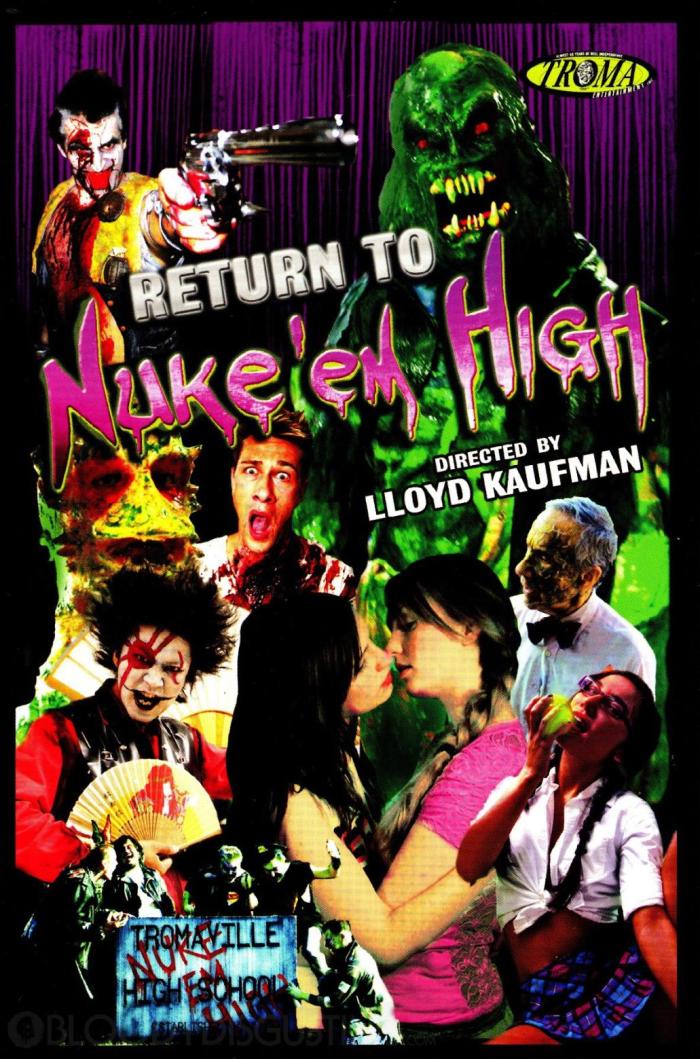 That’s right, Troma President and great filmmaker Lloyd Kaufman is back with his latest “Tromasterpiece” – read all about it here!

Make sure you support Troma by purchasing “Return To The Class Of Nuke ’em High Pt. 1 and 2” – it keeps independent cinema alive – and you get a great movie to boot!

Like Loading...
‹ The Movies That Will CLEAR OUT Your Holiday Guests! How To Close Down Your Party – “Grindhouse” Style!
Cult “Giallo” Sex Kitten Edwige Fenech! Her Terrific Films! Classic Italian Shockers! ›