Here’s a credit for you: 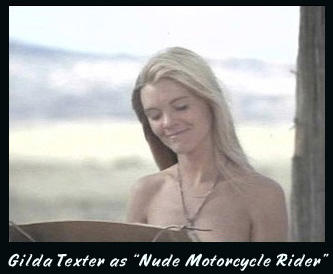 That’s right: a two minute scene in one of the early 70’s wildest counter-culture films lead to stardom for one VERY naked motorcylcle rider, also known as Gilda Texter!

Hollywood Gets “Naked” On Wheels!

Here is a fascinating piece of Hollywood trivia: a young Actress who makes her movie debut by riding naked on a motorcycle – and turned it into a movie career! 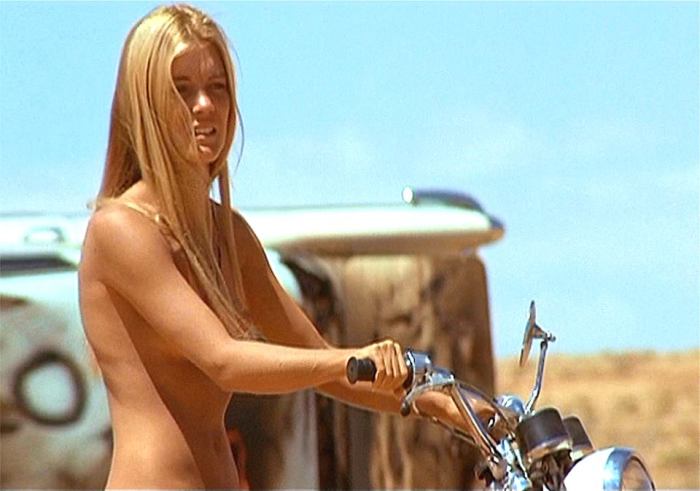 Here is the story: Gilda Texter was a young starlet in Hollywood in the early 70’s, when fame called on the back of a Harley! She got a very memorable role: she played a nameless, naked motorcycle rider in the cult classic “Vanishing Point!”

Texter was “discovered” when she rode this motorcycle naked across the desert for a few minutes in the film…a film that became a cult hit in 1971 – a classic cult film that celebrated hippies and outcasts at a time of civil disobedience in the US!

Here is the trailer for “Vanishing Point”, with a noticeable segment with Gilda: 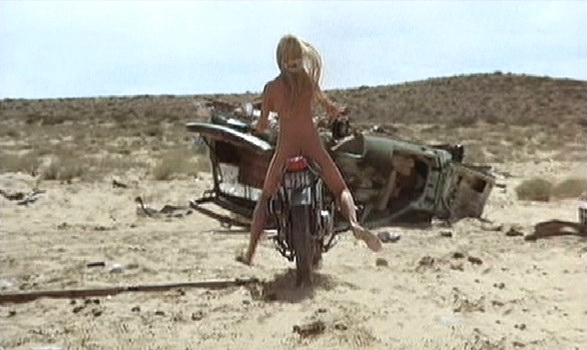 From that one scene, Texter became a star, as “Vanishing Point” became a rallying cry against the establishment – a political anti-war, anti-police film that resonated with a young audience…oh, and it had a naked girl on a motorcycle as well!

Soon , Gilda Texter became the “IT” girl, a sex symbol getting tons of attention, which led to her acting in a film that had a poster that promised wild wild things on screen! 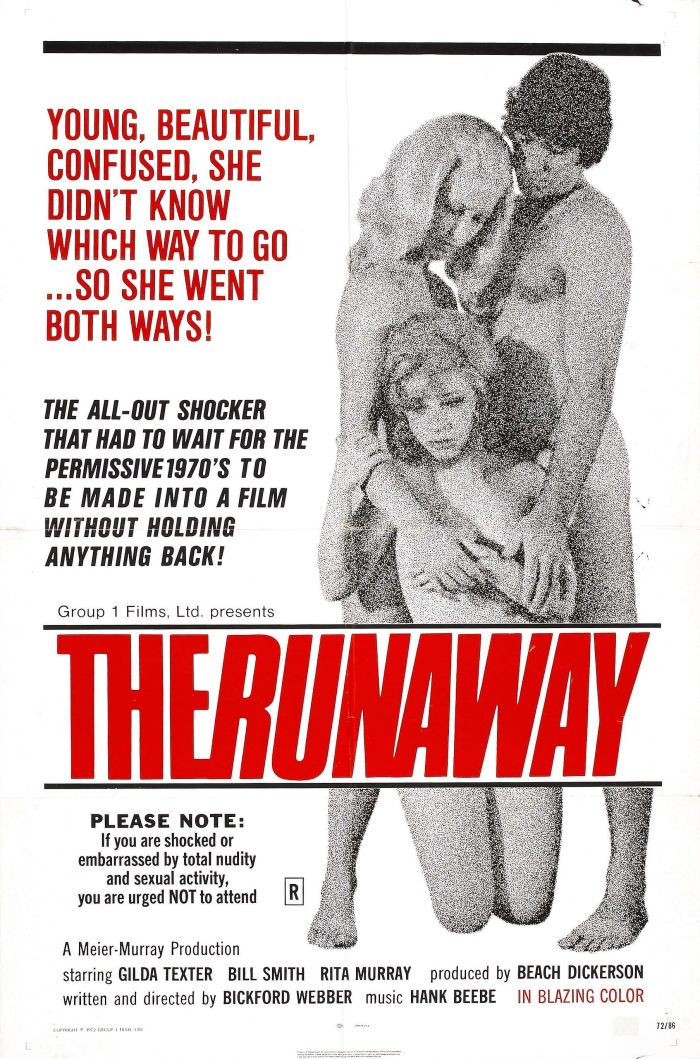 PLEASE NOTE: If you are shocked or embarrassed by total nudity and sexual activity, you are urged NOT to attend.”

I mean, C’MON…this movie poster is full of the craziest claims – and guess what? It worked! “The Runaway” was released the same year as “Vanishing Point”, and if to make sure that EVERYONE knew who Gilda Texter was, she had a THIRD film released that year as well! 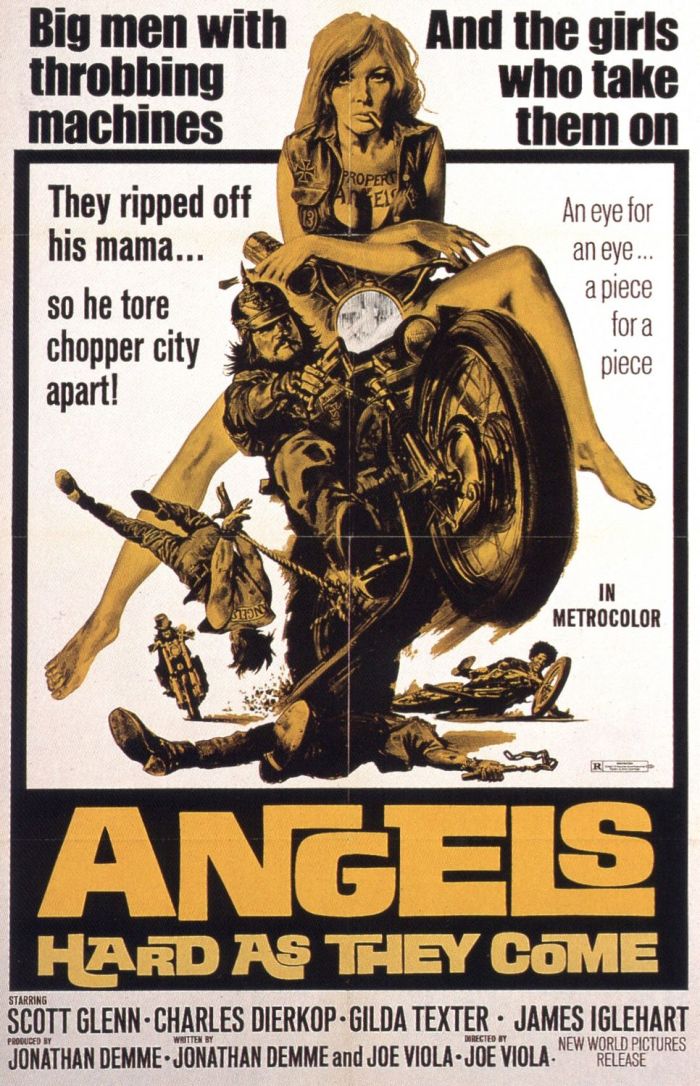 “Angels Hard As They Come!”

Gilda was in another anti-establishment film in 1971, with a movie poster that was as exploitative as you can get! And the best part of this is that while Gilda Texter was promoted as a sex symbol, and achieved her greatest claim for a nude scene, she ended up with a great career in the costume and wardrobe departments of over 40 movies and television productions!

Texter was Costume Supervisor on a number of movies, such as “Romancing The Stone”, Brian DePalma’s “Snake Eyes”, and “The Green Mile” with Tom Hanks.

Yes, she was a Costumer Supervisor even thought her breakout role had her completely nude!

This is what makes the movie business so endlessly fascinating. Gilda Texter had a great career in the entertainment business, with a unique entree into it….and if you look at “The Runaway”, you will see that she worked with one of the greatest character Actors of all time:

William Smith has been in a ton of movies – a great character Actor who commanded the screen. He not only co-starred with Gilda Texter, but he also starred in one of the grittiest movies of the early 70’s: 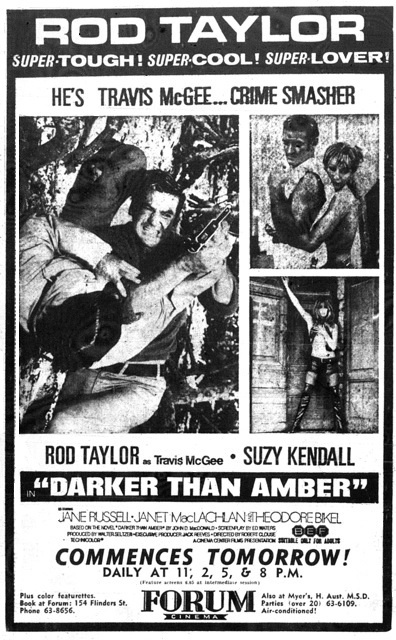 Read all about the classic “Darker Than Amber” by clicking on my story here:

And kudos to Gilda Texter for her career both in front of and behind the camera!

Like Loading...
‹ “Birdemic!” Brilliant Shocker Or Worst Movie EVER? “Who Will Survive” Watching It!?!
#MayThe4thBeWithYou – “Star Wars” Trivia! Olivia Munn As Princess Leia! ›