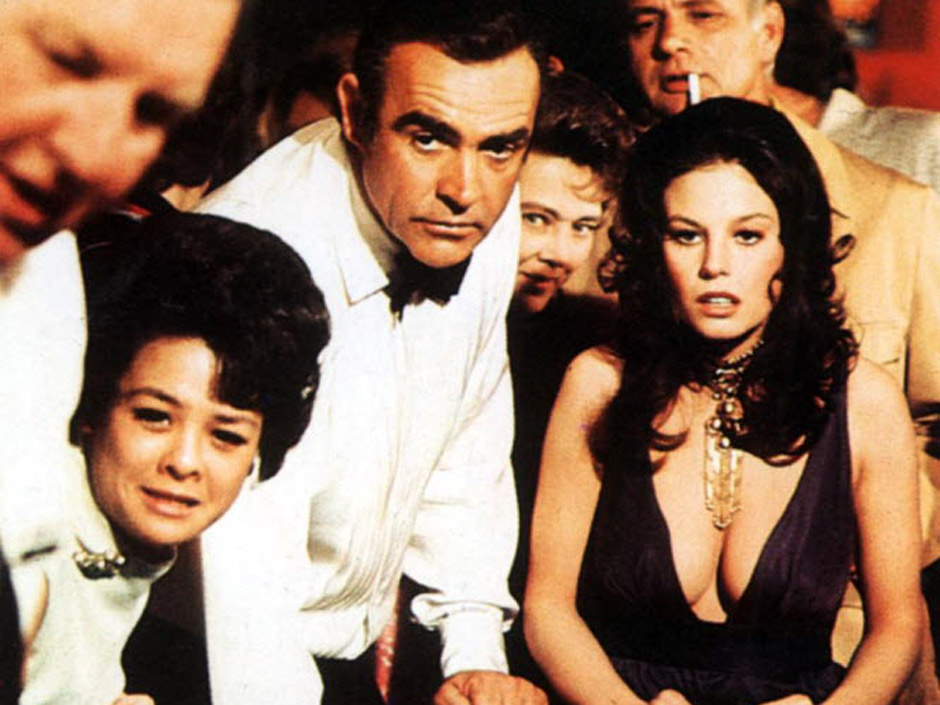 Time to look at one of the most beautiful “Bond Girls” who was also a member of Hollywood Royalty!

Heads up: some of the photos show Lana in various stages of undress…

Lana Wood was a hugely successful Actress in the 60’s and 70’s, but she would perhaps be unfairly overshadowed by the superstardom of her older sister, Natalie Wood…

Lana had early stardom thanks to her role in the classic soap “Peyton Place.” A classic Hollywood sex kitten, she was approached by Hugh Hefner in 1970 to pose for Playboy. 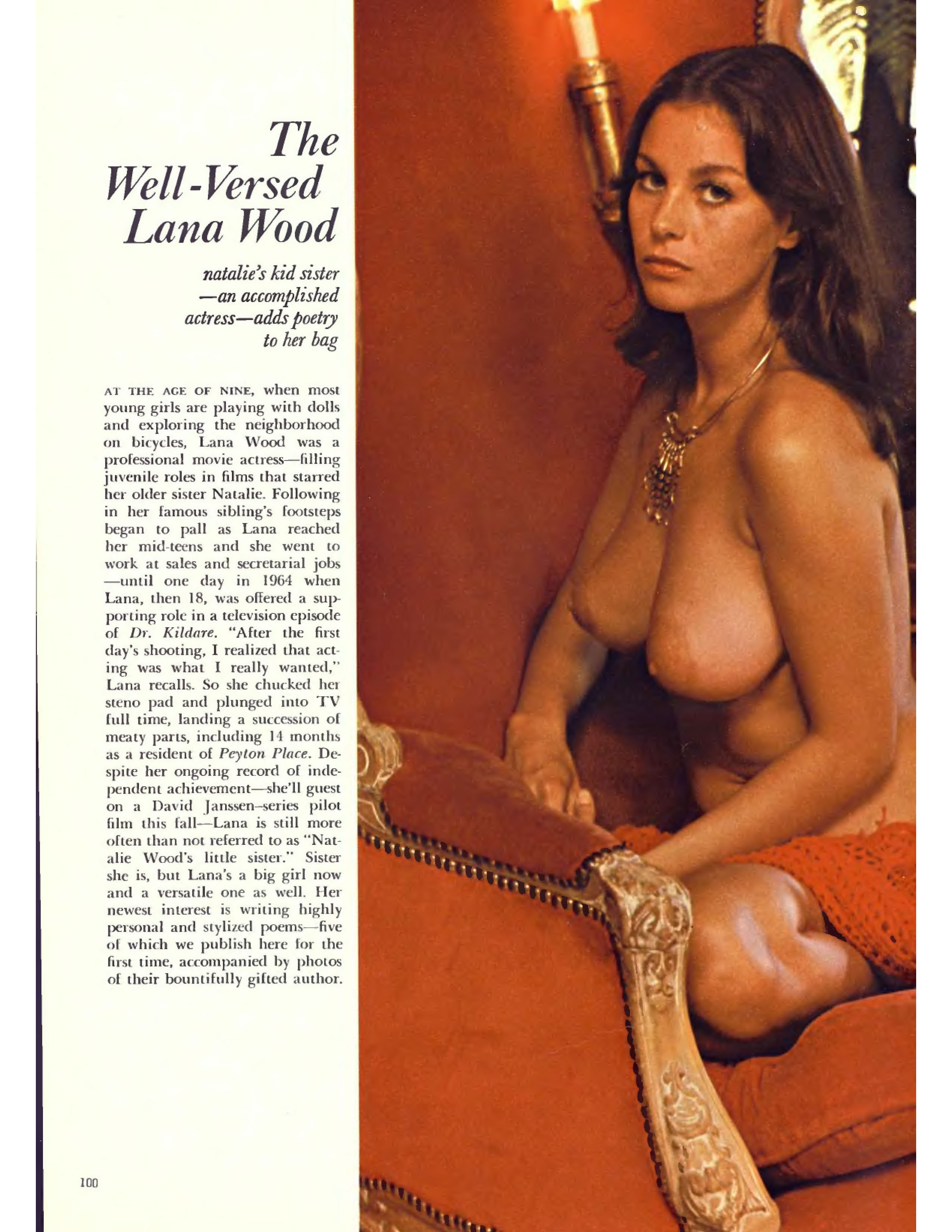 Those photos appeared in the April 1971 issue, along with Wood’s poetry.

She was then cast as a Bond girl, “Plenty O’Toole”, in the James Bond film, “Diamonds Are Forever.”

The film introduced her with a hilarious double entendre, carried off with perfect timing by Sean Connery:

“I Didn’t Know There Was A Pool Down There…”

One of the most memorable scenes in “Diamonds Are Forever” comes when 007 is surprised by mobsters while in his room with her. She is “escorted” semi-nude from the room – in an unusual exit that includes one of the best one-liners in the entire Bond series!

Note that the late – and legendary Sid Haig is one of the mobsters!

Here is that memorable scene from “Diamonds Are Forever”:

Here is some great trivia: while filming the scene where Plenty O´Toole is found drowned, Wood actually had her feet loosely tied to a cement block on the bottom. Film crew members held a rope across the pool for her, with which she could lift her face out of the water to breathe between takes. The pool’s sloping bottom made the block slip into deeper water with each take. Eventually, she was submerged but was noticed by on-lookers and rescued before drowning for real. Wood, being a certified diver, took some water but remained calm during the ordeal, although she later admitted to a few “very uncomfortable moments and quite some struggling until they pulled me out.”

Over the course of her career, Wood appeared in more than twenty movies and over three hundred television shows – everything from “Bonanza” to “Mission: Impossible”, “Starsky and Hutch” to “Fantasy Island.”

Lana Wood retired from acting in 1982 to concentrate on a Producing career, but has also appeared in a number of low-budget films. She also appeared in several pictorials that made her one of the Hollywood’s most popular sex kittens. Wood wrote a memoir, “Natalie, A Memoir by Her Sister” in 1984. She has strong opinions about the circumstances surrounding her sister’s death… Her many memorable Hollywood moments have been unfairly neglected because of the tragedy surrounding her sister, but for me, she will always be one of the most beautiful Bond girls of all time!

Wood was in the news recently for a very sad reason as well.

I posted a story last year about Lana, who was suffering from illness and was being forced out of her home, along with her children.

The stories got a lot of attention at the time.

According to an update on Fox News:

“Her friend Gregor Gillespie set up a GoFundMe page in the hopes of raising funds for the star, and fans have pitched in a whopping $29,635, totally overshooting the page’s intial $10,000 goal.”

“I still have my moments when it hits hard,” the 71-year-old actress told Fox News. “But the relief overshadows a lot of that.”

Since this story was posted, more than $40,000 was raised – Wood also did a lot of press discussing her theories on how her sister Natalie died…if you want to read more, here is a story I posted about her troubles:

The James Bond series is full of classic “Bond girls”, including one of the most beautiful of all:

Claudine Auger was the Bond girl in “Thunderball”, and she went on to star in a series of great Italian thrillers…see more here:

Let me know who your favorite Bond girl was!